20% Growth in Demand on Construction Materials in the Southern Region 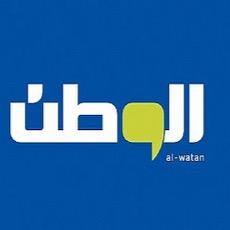 An economic report by Al-Rajhi co. For Iron Works And Decoration  stated that the Southern region in Saudi Arabia has become one of the leading regions that benefit from fiber glass doors in construction. It explained that the lifetime of fiber glass doors surpasses other kinds of doors by 100%.
Al-Rajhi co. For Iron Works And Decoration  confirmed in a report, which Al-watan Newspaper acquired, that the construction sector in the Southern Region is expected to reach a growth rate of 20% in 2017 in comparison with the current rates in 2016, emphasizing, at the same time, that construction materials are heading towards ‘stability.’

Construction market
the CEO of Al-Rajhi co. For Iron Works And Decoration , eng. Mansour Al-Qahtani, explained that the Saudi market is expected to achieve a new leap as a result of the idle-lands expenses project by the Council of Ministers. He stated that we as leading national companies in the a construction field are obligated to contribute the highest rates of development through providing high-quality construction materials to the local market.
Eng. Mansour Al-Qahtani elucidated in a speech to Al-watan recently that Al-Rajhi co. For Iron Works And Decoration  have opened in the recent days two more branches in the Southern region. The first was in Jazan, and it was renovated. The second was in Muhaeel Asser. He stated, “This opening emerged from the company’s faith in the size of Southern region’s market and its ability to grow and expand.”

The suitability of the doors.
Concerning the suitability of fiber glass doors for the Southern Region, eng. Mansour Al-Qahtani stated that  fiber glass doors are not effected by and do not absorb moisture or water, which makes their sizes stable and non-changeable; moreover, because of their durability and because they do not contain any liquids, they do not require any drying; in addition, they do not contain any components that may cause damages, such as cracks; furthermore, they impede the entrance of light and dusts; and, finally, they can sustain slams when they are closed.
Eng. Mansour Al-Qahtani pointed out that wooden doors in the Southern Region are suffering from infestation by insects; on the other hand, fiber glass doors cannot be infested by insects and white ants. In addition, they can sustain as much as 200 degrees C., and they could delay the spread of a fire for 30 minutes.