Al-Rajhi co. for Iron Works and Decoration Opens Its Branch (After Developing) in Al-Tahlia’s St., Jeddah 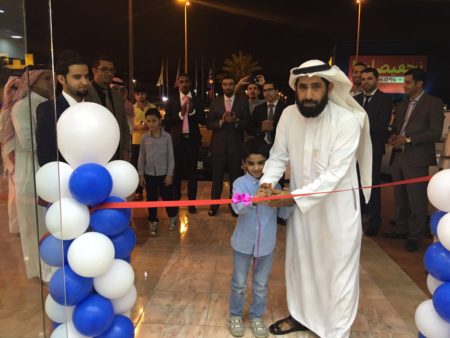 Committing to its approach of development and expansion, Al-Rajhi co. for Iron Works and Decoration opened its showroom (after developing) in Prince Mohammad Ben Abd-Al-Aziz St. (Tahlia), Jeddah. The showroom included new product, such as iron, stainless steel, and wooden handrails and doors.

Thus, the CEO of the company, eng. Mansour Al-Qahtani, who opened the showroom, stated that Al-Rajhi co. for Iron Works and Decoration is based on providing excellent services in the market that enhances the trust and the prestigious status that the company enjoys. He points out that opening this branch (after developing) makes us closer to our partners. Al-Qahtani also stated that it is a fulfillment to the demand of many clients, as we have included a special section for fiber glass doors that are known for their durability and resistance to moisture, in addition to their special feature of repelling off all kinds of harmful insects that eat up doors and shorten their estimated lifetime.