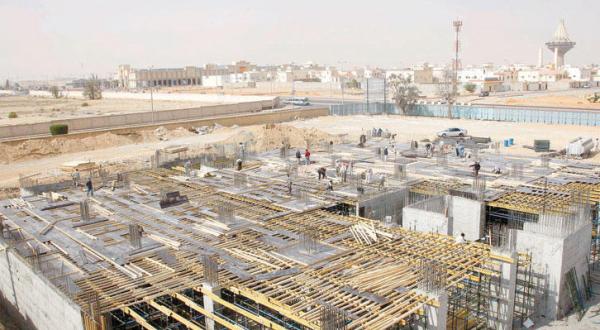 The prices for idle lands have become a new mean that is expected to contribute in raising the rate of demand for construction material in Saudi Arabia and rising the rate of implemented projects.

These new figures come in a time the Saudi Ministry of Housing seeks benefit from the experience and the technologies widely. At the same time, Saudi Arabia plans to construct about 1.5 million residence during the next five years in addition to rising the rate of citizens’ ownership of residence to a minimum of 52% by 2020.
In this regard, Eng. Mansour Al-Qahtani, CEO of Al-Rajhi co. For Iron Works And Decoration , confirms in a speech to Al-sharq Al-Awsat recently that the demand for ‘fiber glass’doors has witnessed a rapid boom in the Saudi market. He adds, “We import such products from several international companies, and we seek to benefit from their experiences and industry; thus, we can provide them in the local market to fulfill the growing demand.”

Eng. Al-Qahtani also pointed out in his speech that ‘fiber glass’ products in doors have become one of the most common products internationally. This is because of the length of its estimated lifetime. He also pointed that the sales of fiber glass doors in Saudi Arabia has reached an estimated total of 12％ of the overall sales of internal doors’ sales in buildings.

The CEO of Al-Rajhi co. For Iron Works And Decoration  also stated that the construction market in Saudi Arabia is heading in the next four years towards a new leap in compliance with the objectives and initiations of the National Transformation Program in 2020. In the framework of materializing the vision of the kingdom 2030, he stated, ‘Housing constitutes a vital part of the National Transformation Program 2020. The construction processes are expected to experience a new leap; here comes the role of the private sector.’

Eng. Al-Qahtani indicated that upgrading the construction systems and the utilized technologies shall contribute in the process of improving qualityand decreasing the costs of living. He emphasized that Al-Rajhi co. For Iron Works And Decoration  is considered to be a major contributor in innovation and in diversifying the channels of benefit of the expertise and the leading international products.

These upgrades come in a time when the Saudi Minister of Housing, Majed Al-Haqeel, stated last Wednesday that his ministry has begun from the society and will conclude in the society. He indicated that the path of citizens’ ownership will go through the field of funding, saving, and offering. He explained that his ministry is seeking to reach a rate of citizens’ ownership of 52% by 2020.

Al-Haqeel added, “Many challenges face the housing sector; moreover, this sector has experienced many economic and social changes during the past few decades, and the Transformation Program requires the ministry to be an organizer, a motivator, and a supervisor, in contrary to what it was in the past.’”

Al-Haqeel emphasized that there are 5 strategic goals-three are considered to be internal, and the other two are considered to be external. They revolve about improving the performance of the real-estate sector and raising its contribution in the local outcome. He stated, “Motivating the real-estate offers and raising the rate of production will lead to decreasing the price of real-estates by finding products that suit all individuals of the society in order for them to be able own them.”

The Saudi Minister of Housing pointed out during his speech that enabling the citizen to acquire appropriate residential funding will raise the insurance capability of the citizen and will lead him\her to a road that starts with saving and the ability to pay the payments in advance. He stated, “We have twenty-one initiations, eight of it are still in the measuring phase.”