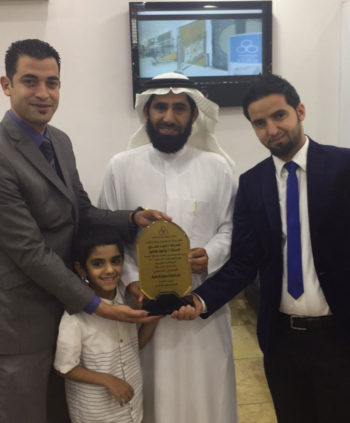 The CEO, eng. Mansour Al-Qahtani, honored the manager and the salesman of Al-Tahlia’s Branch in the Westernregion for achieving the Million Showroom Award because its sales had exceeded a million S.R. The CEO awarded the shield to the branch manager, Mr. Ahmad Hendi Badawi, and to the salesman, Mr. Mahmoud Al-Mansour, and they were given a monetary prize. Both of them considered the honoring a clear sign of the company management’sappreciation of their partners in success.